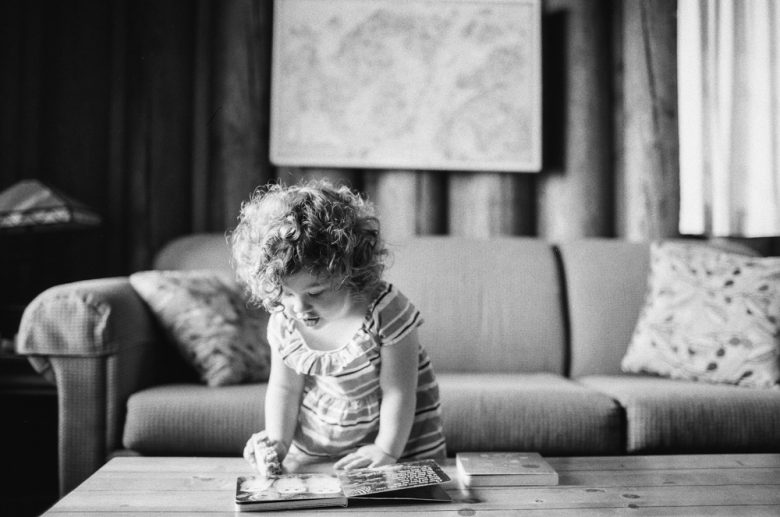 Why film?  Or I should say, why did I switch back to film?

I learned about the exposure triangle and how to shoot in manual mode on film many years ago as a photo hobbyist.  I even had a black and white darkroom in my house (yes, I’m kind of a geek)!  But then digital cameras came along and I jumped on the bandwagon.

Fast forward to January 2014, and I was scratching my head with ambivalence and confusion.  I didn’t care if I picked up my 5D MK ii again.  I was completely burnt out with photography and business.  I was coming off my busy fall shooting schedule photographing many families and newborns, with more money in my pocket but zero desire to shoot – or edit – another frame again.  After a couple of months like this, I really started freaking out.  I tried to pick up my camera and start shooting something but everything just felt blah.  I expressed my concerns to my amazing studio mate who responded differently than I had expected her to.  She said why don’t you shoot film?  Whaaaa?  (She had been shooting film again for over a year and was hooked.)  I thought it was a lost art.  But then the wheels started turning.  I started reminiscing about my darkroom days when I’d get the biggest thrill out of seeing my photograph develop in front of my eyes.  I did still have my film cameras (currently collecting dust as paper weights in my office).  Why not?

So I got my Pentax 645n medium format camera out, bought some Portra 400 speed film and took a roll of my kids (who were home from school sick) in their pajamas playing in our messy living room (see photo below).  That was it.  But I wasn’t bored.  My mind was stimulated trying to remember how I should rate the film, how I should meter film (meter for shadows and overexpose – the opposite of digital), and slowing down to focus and compose the image.  I shot only 16 frames, and I was bummed I didn’t have more film.  Then the kids wanted to see the pictures so they automatically looked on the back of the camera, then looked at me with puzzled faces.  I had to explain to them what film was (while suddenly feeling really old).  I sent the film into the local lab and waited.  And waited.  And waited another few days.  It was killing me!  Then I got the call.  My scans were ready.  I had to go pick them up.  My heart was racing.  I got there and tentatively asked for my scans.  I got to preview them on their computer before leaving.  I felt an intense anticipation I hadn’t felt in a long time.  I waited for the CD to load the images, then I slowly scrolled through them.  My jaw dropped and a slow smile crept across my face.  The vibrant color, the grain, the softness, and the organic qualities of these imperfect scans had me hooked.  A couple were blurry because the shutter speed was too slow, one had missed focus, and a few were under-exposed but I didn’t care.  I knew I could get better, and I wanted to.  Like, now. 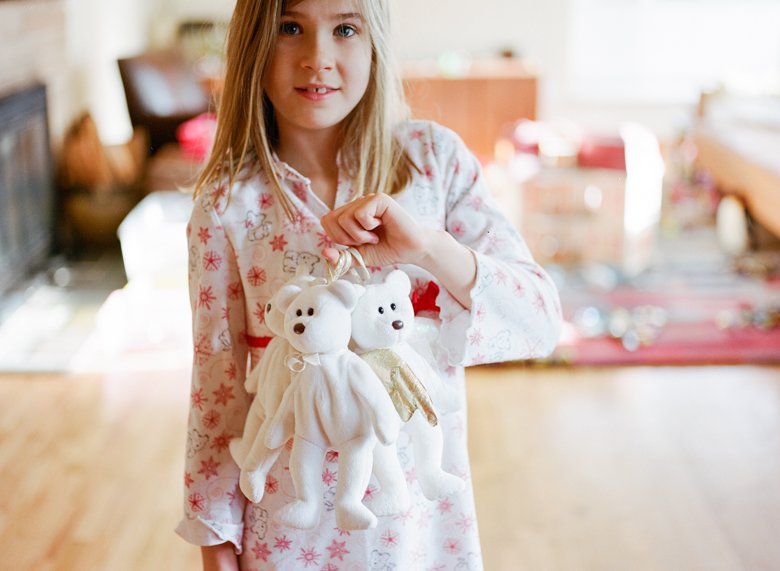 So began my journey back into film.  I’ve been shooting it again for over two years now and am so in love, and am still learning so much.  It got me completely out of my rut and has challenged me immensely.

Film has given me freedom on a few different levels.  Freedom to get out of my comfort zone, be vulnerable, and just shoot.  It has also given me freedom to do more of what I love – shooting or spending time with my family – instead of sitting behind the computer editing.  I now shoot 4-5 rolls of film for a family session then send it off to the lab.  I don’t see the images for 1-2 weeks!  When I get them back, I make minor adjustments if needed and upload them to my client’s gallery.  It has given me back hours of time to focus on other things.  And I love that.

Film has made me slow down and be more intentional in my shooting.  I used to whip through a session in an hour to end up with 300-500 images!  I would have 10-20 images of the same thing, and culling that down was a dreaded nightmare for me.  I hated it.  Sound familiar?  Now I know with 4-5 rolls of film, I have around 100 images to capture.  I’m more careful with my compositions and exposures.  I can’t chimp and adjust.  I have to get it right the first time.  I’m also more aware of the need to move on so I get the same amount of variety in my sessions.

I also switched back to film because of the organic nature of film.  I adore the look and feel of it.  There is something luminous and dreamy with the shallower depth of field, the highlight retention and the amazing skin tones.  Film exposure is actually a physical reaction between light and the silver halide crystals embedded in gel in the film.  Different films have different sizes and types of crystals, which give it distinct light sensitivities, grain patterns and resolution, and endless creative possibilities. 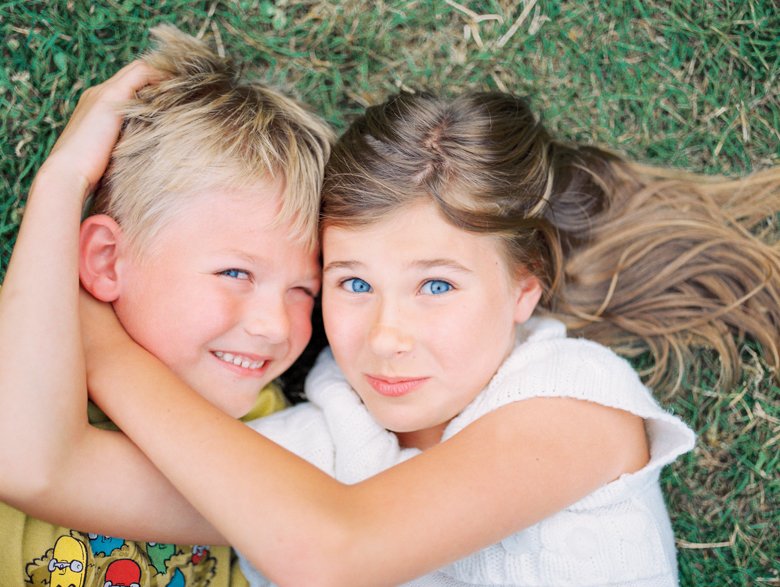 This is a bit nostalgic, but it’s been fantastic just going back to the basics.  Not just the basics of rating and metering film or composing, but also a more basic camera.  Who cares if you don’t have the newest gadget or most expensive camera?  You just need your vision, your expertise, some fast glass, and a camera that can adjust ISO, shutter speed, and aperture to create beautiful art.  If you have an old film camera lying around, go dust it off and load in a roll of film.  Give yourself a new creative challenge.  You’ll be glad you did!

[…] and authentic moments I capture in my work.  She also loved that I photograph sessions using film.  I was thrilled to hear all of that, so I jumped at the chance to load the family into the car […]

I started shooting film in 1995 and absolutely love everything about it…could spend the entire day in the darkroom and often did. After years of being repulsed by the quality of digital camera images, I finally gave in and gave my film camera to a photography student and converted to DSLR. That was around two years ago. Within a few months of full-time work, I too was burnt out – really hating all of it. I’m pushing through and have regained to positive attitude, focusing on improving workflow and style… oh, and letting go of perfectionism. Well, trying to let go. Seeing your work with film really makes me miss it though. It’s simply beautiful.

Thank you for your comment, Caroline! Do you still have any of your film cameras? I encourage you to get them back out!!

I love this! I’m saving film for laaaater, when I’m in a creative rut! For now, I am happily occupied with digital. I’m so happy for you.

Love this! I just started with film and agree with EVERYTHING you had to say in this post!