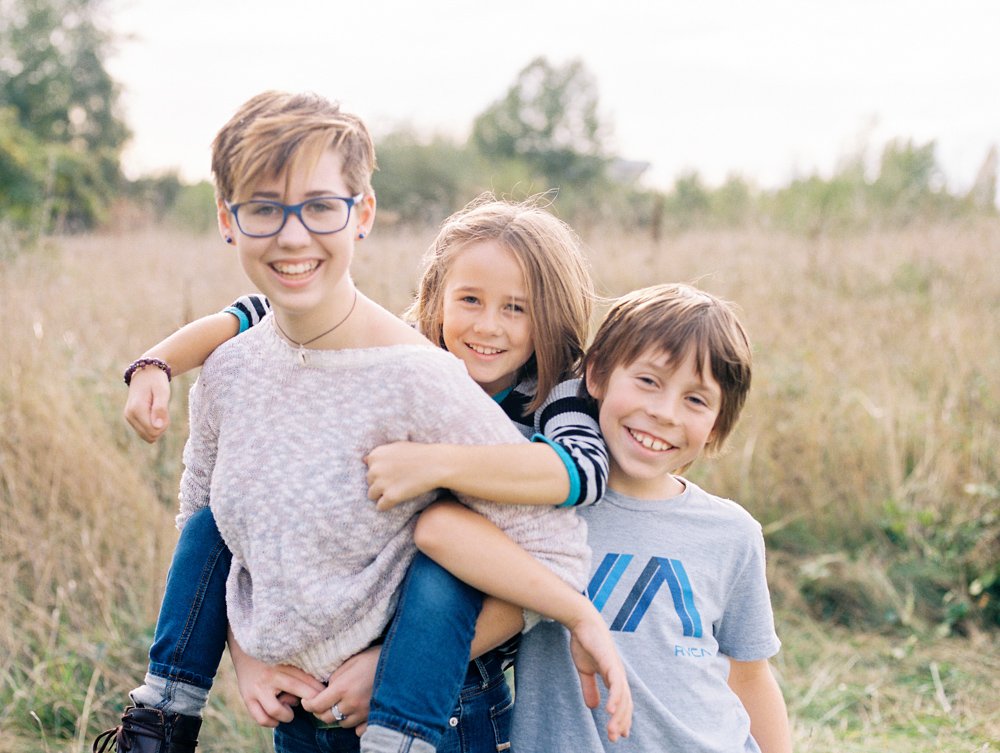 I love to barter, fyi.  My good friend is an excellent seamstress.  She has done various projects for me including making fabulous new drapes for my dining room with equally fabulous fabric from IKEA.  In return, I photograph her family, and sometimes just her kids every year.  I love to do this so spread the word! 🙂

This was my first session photographed entirely on my film camera, a Pentax 645n. Yikes!  I had no digital backup and it was a little scary.  And I started off on the wrong foot for two reasons, well actually three:  1 – I brought my kids with me who did NOT want to be there; 2 – Maureen’s kids did NOT want to get photos taken; and 3 – I immediately opened the back of my camera to load film only to see there was film already in it!  Ack!  In my haste to close the back and salvage some of the film, I didn’t get a chance to even see what type of film was in there.  Oh great.  Do I expose for black and white film or color?  What speed do I rate it at?  Now I’m flustered and I’m already losing their attention.  Crap.  Now I’m really nervous and wishing I brought my digital camera.  But I didn’t so let’s get on with it.

As is typical, it took the kids a bit to get into it.  But my daughter Ella was a blessing.  I asked her to help get Gabe to smile.  He REALLY didn’t want to be there.  Ella puffed up at my request.  She started performing all kinds of crazy antics behind me and the silliness and smiles finally started emerging.  At one point I think I almost fell.  Stuff like that always breaks the ice (I usually do a stunt like this on PURPOSE at every session, but not for real fyi).  Well then we just got into the swing of things.

I was a lot more purposeful with clicking the shutter, waiting for the right moment, slowing down.  The little breaks to change film didn’t break up the session as much as I feared.  The kids didn’t mind the little lapses in the session and were able to get right back into it.

I sent the three rolls of film to the lab and waited for 10 days.  It’s like Christmas morning when I receive the email stating my images are ready.  I hurriedly download them, my heart racing.  I open the files up nervously…..and smile.  I won’t have to do any editing on the computer – yahoo!  I like this film thing.  And I love this session. 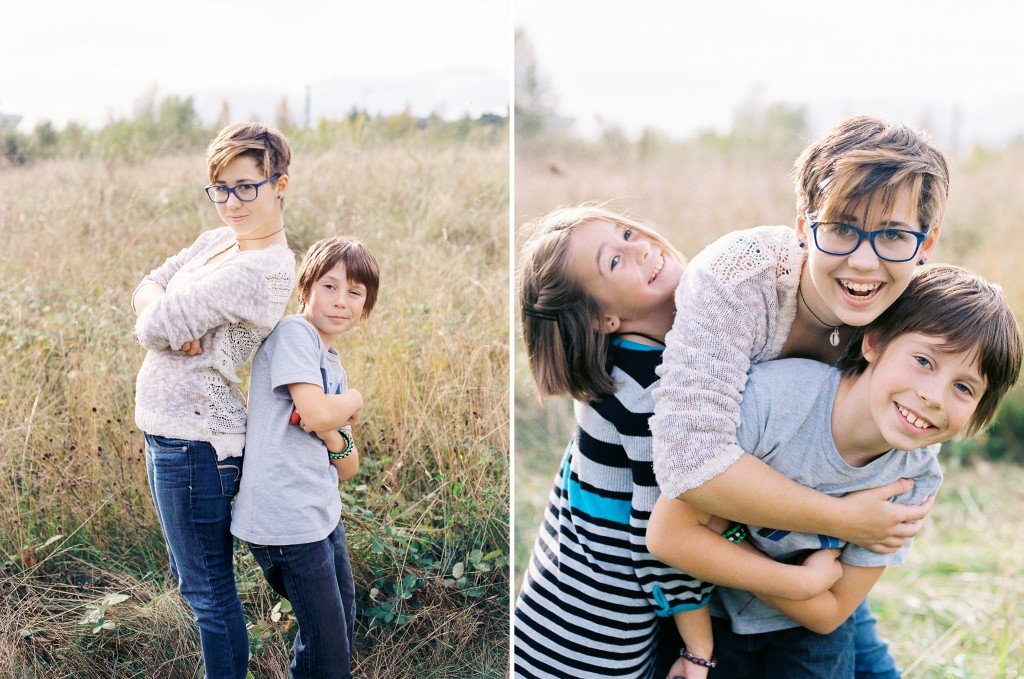 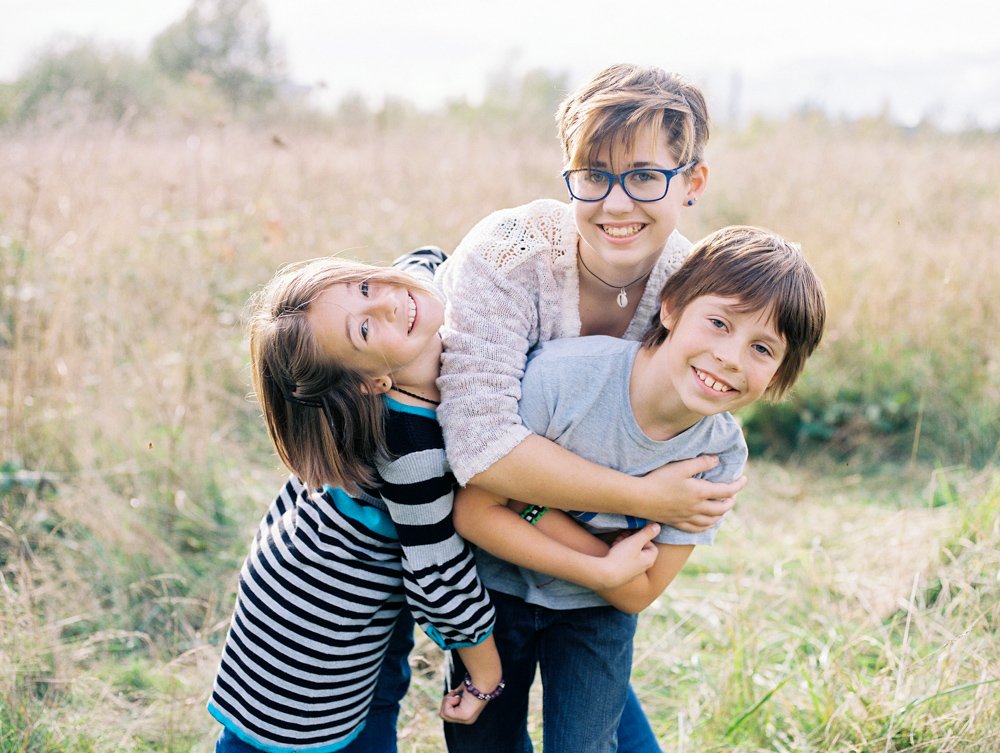 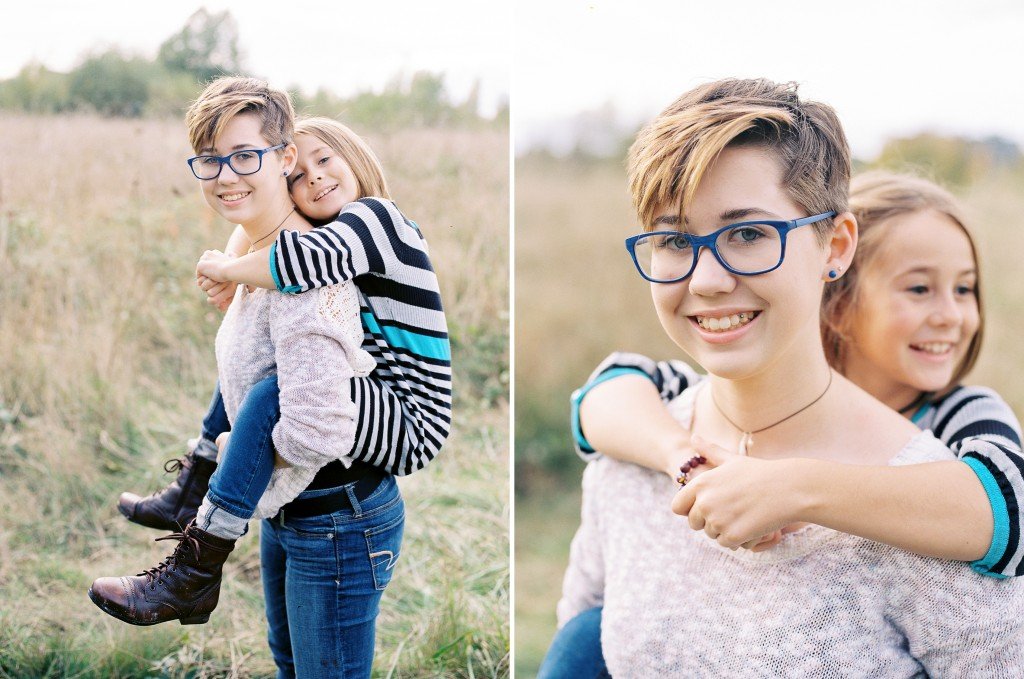 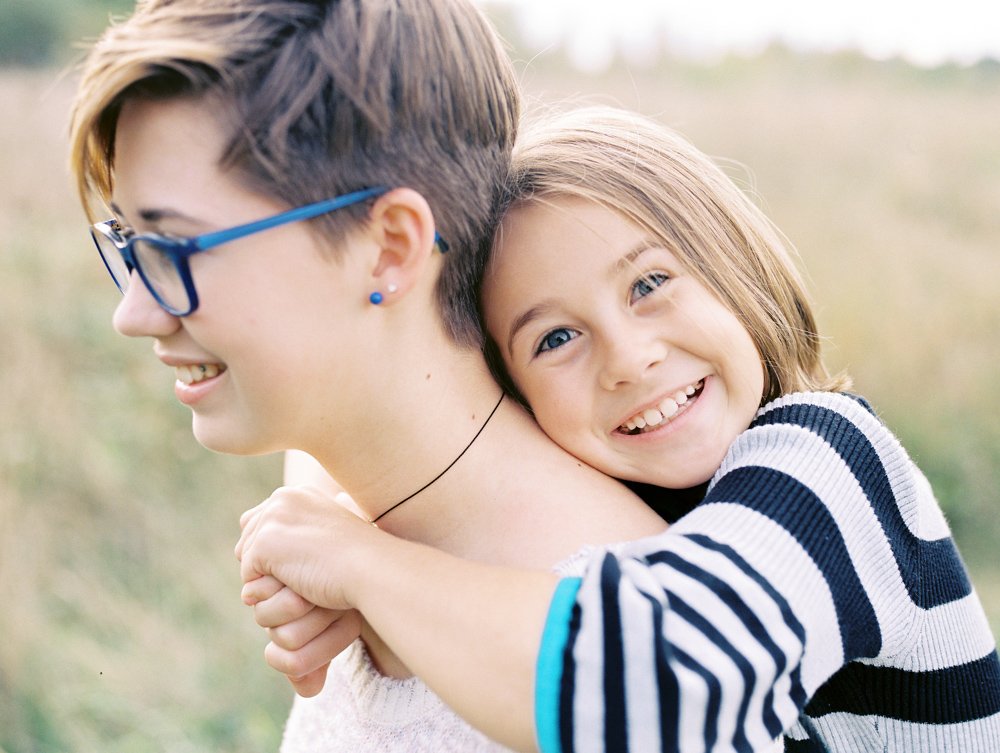 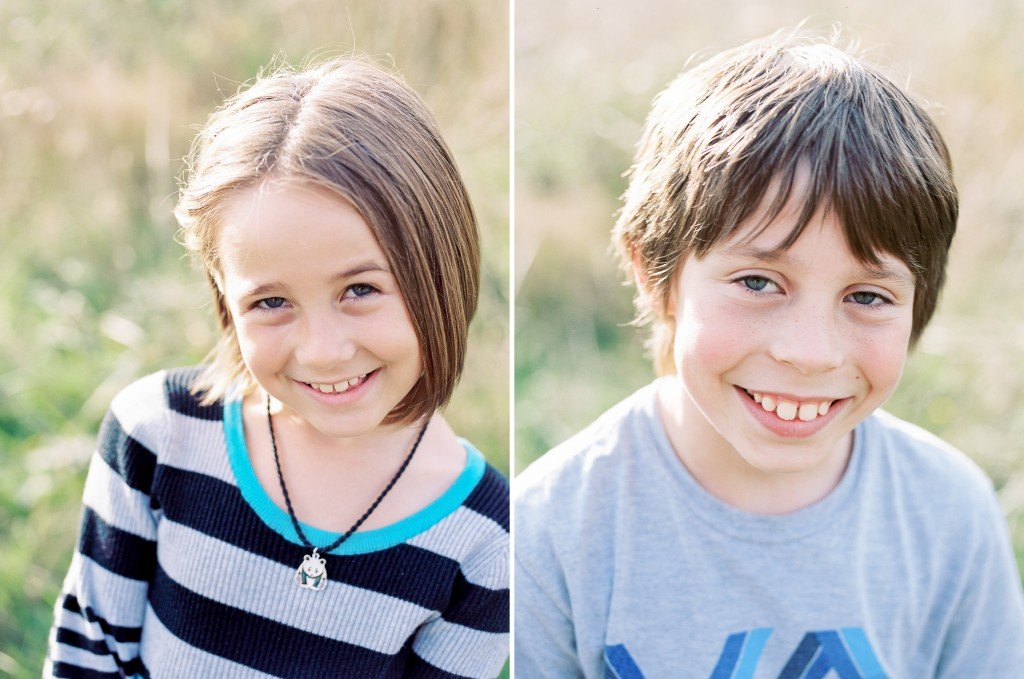 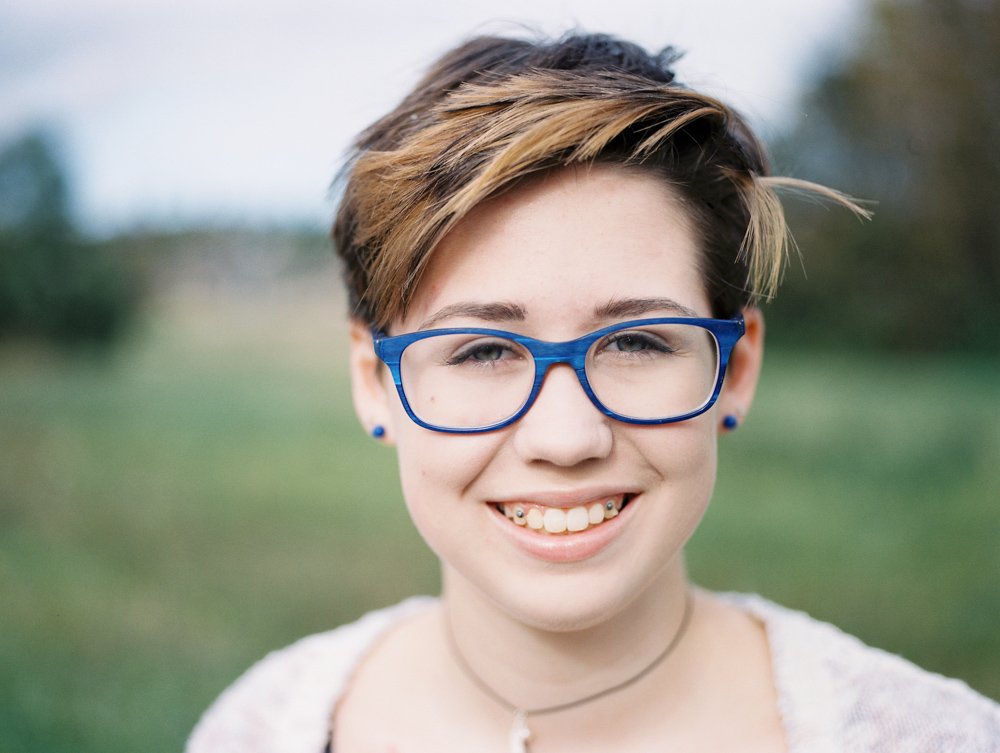 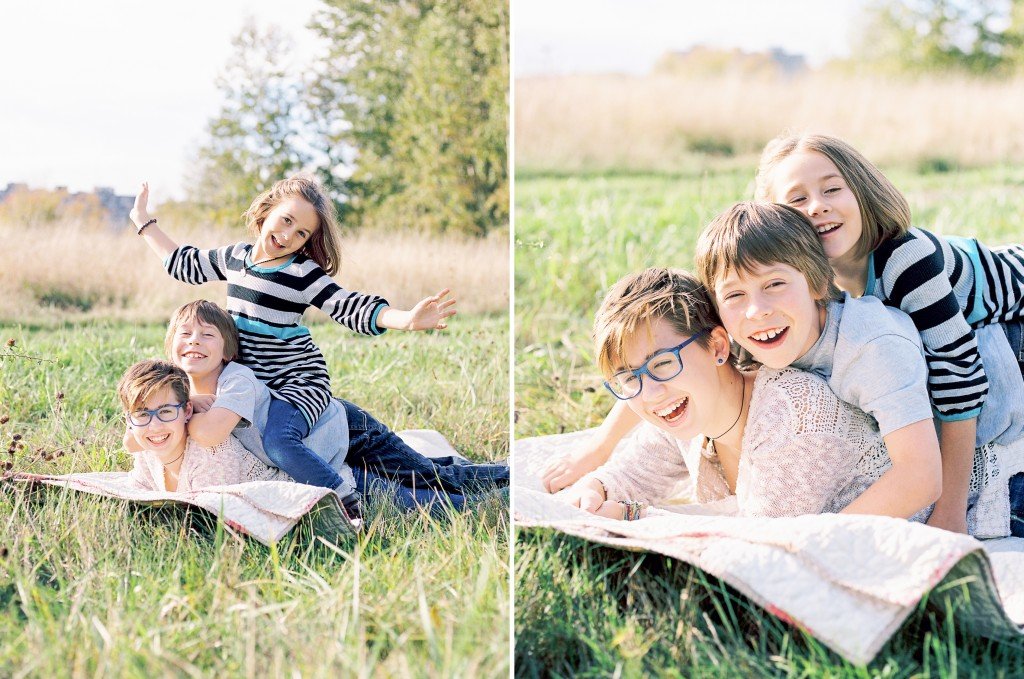 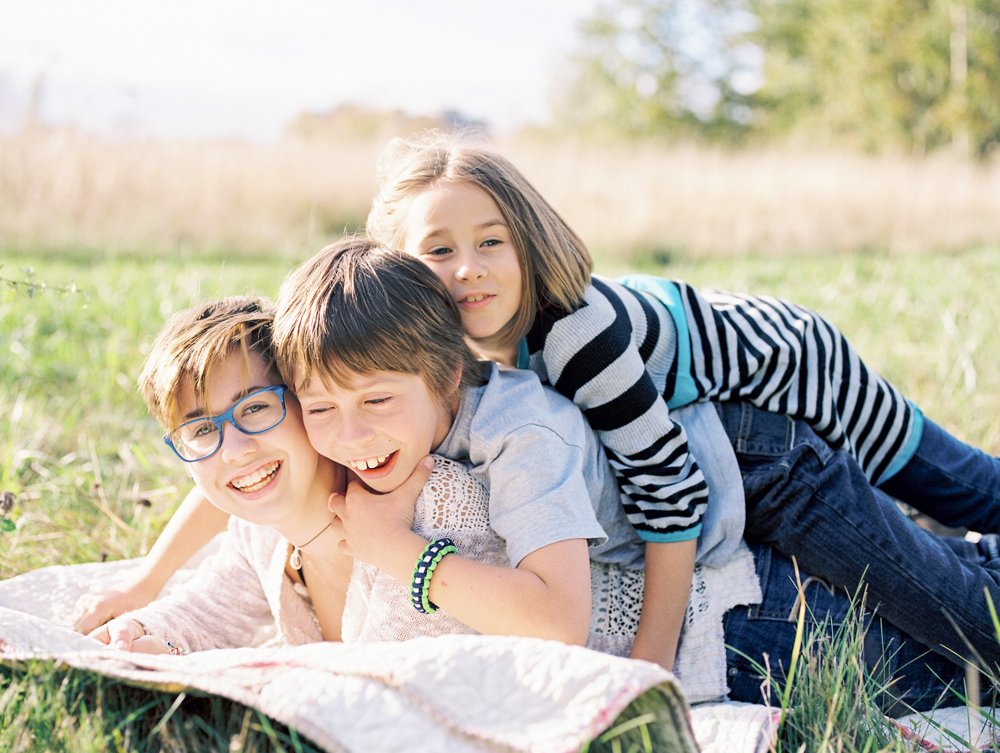 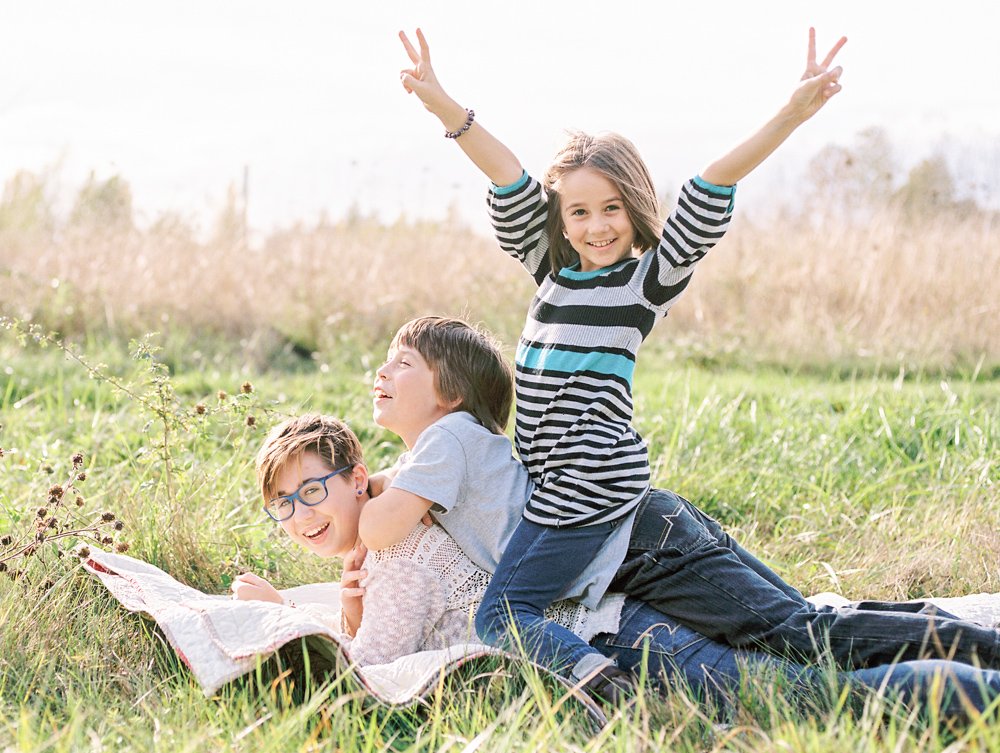 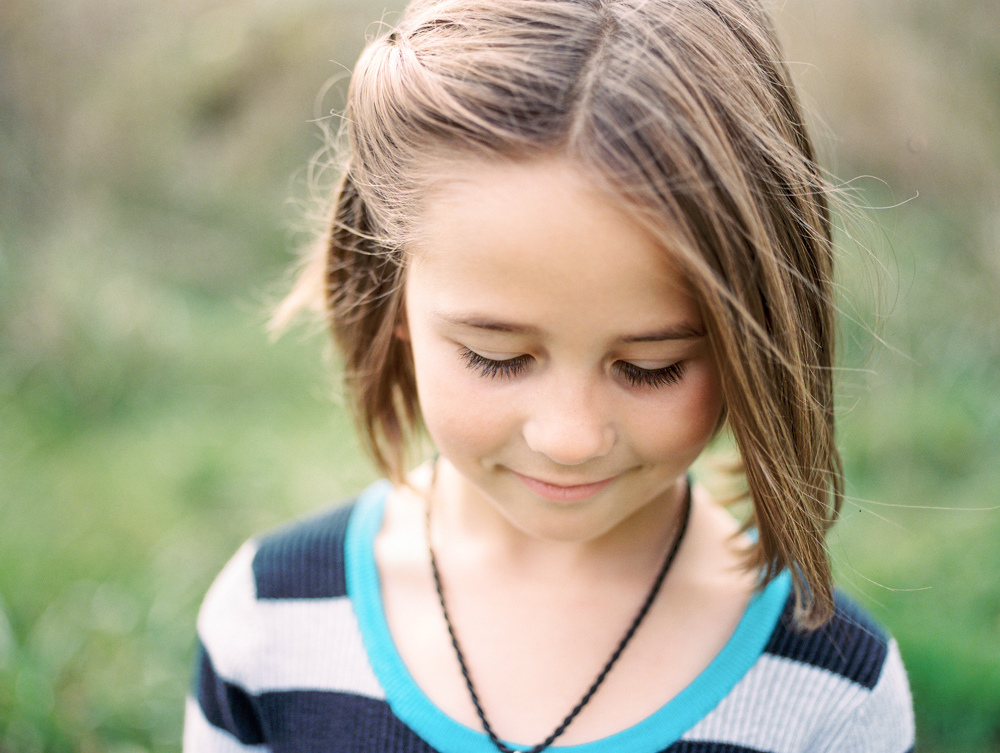 My kids were here for this session and they had to get in on the action! 🙂 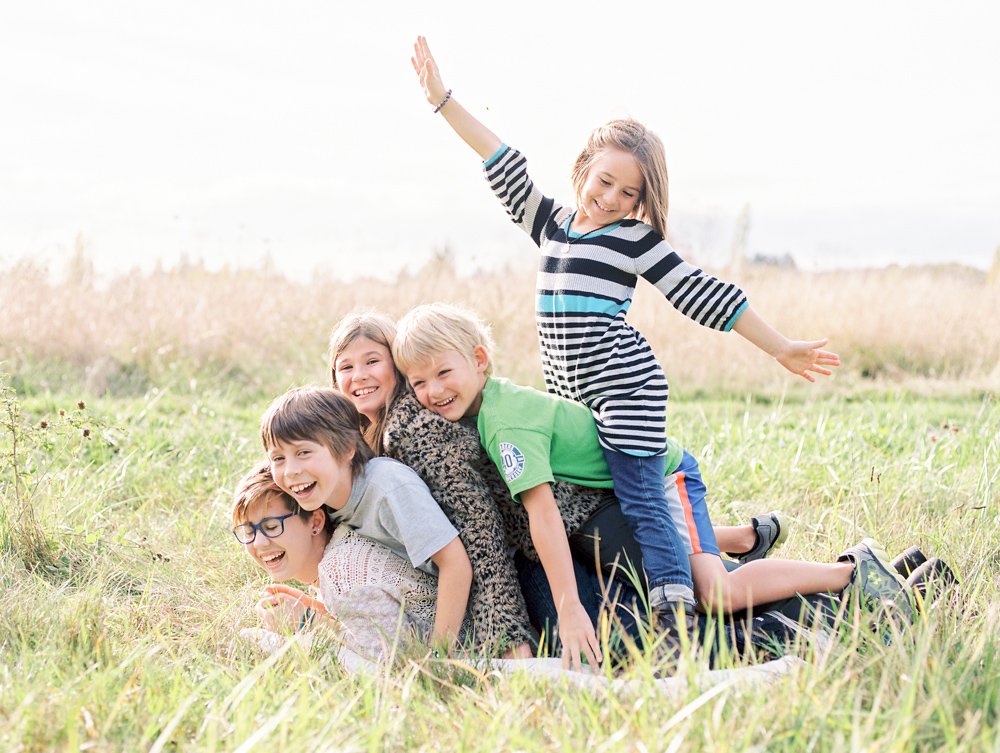 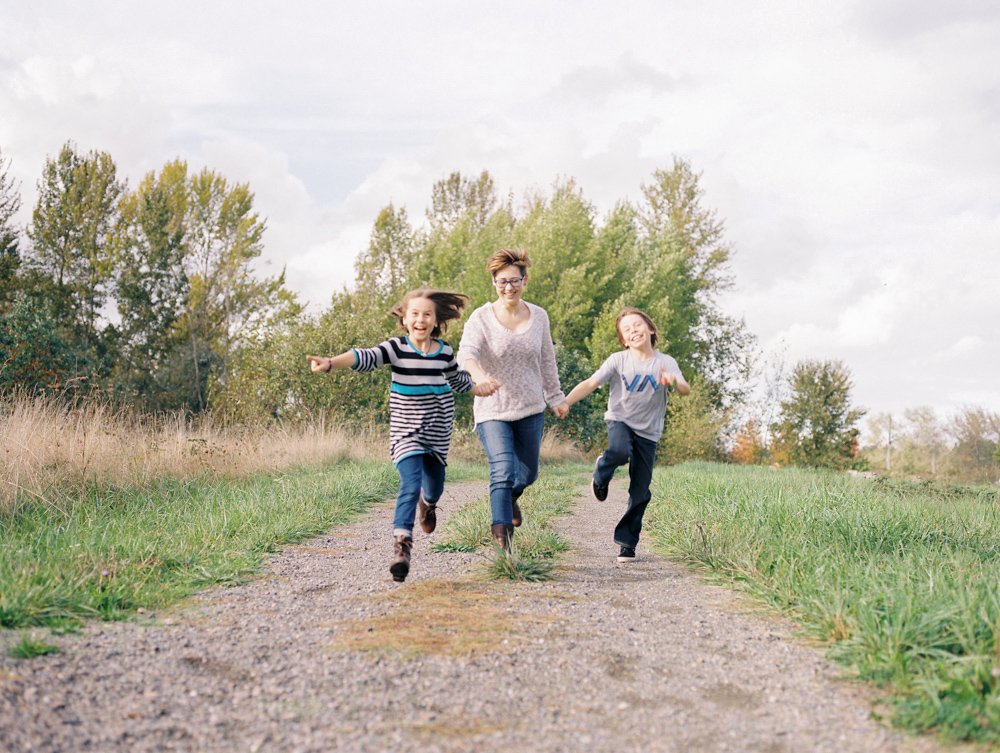